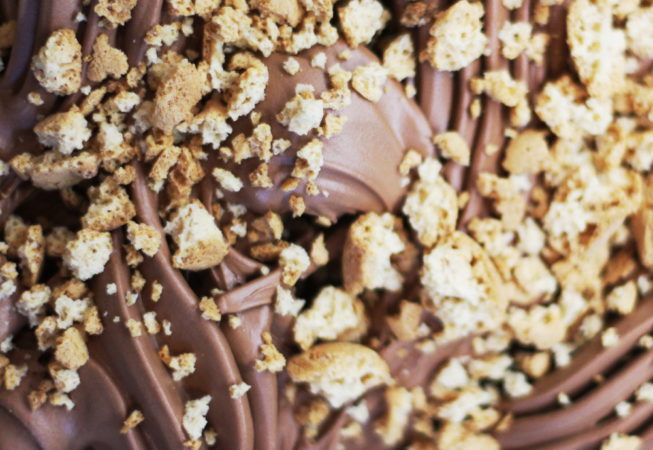 Bönet is based on a traditional Italian dessert from the region of Piedmont. Like the chocolate pudding, this gelato is made from amaretti biscuit, chocolate, hazelnut, coffee and rum. It has a special significance for our co-founders, Antonio and Daniele, as it reminds them of home!

The bönet is essentially a type of set custard. Its flavours appeal to all the senses. There are crumbs of amaretti biscuit which add texture. The dark chocolate gives a decadent richness. Hazelnut is a very typically flavour of the Piedmont region. And of course it’s all tied together with a glug of booze, as with so many delightful desserts! We take all the fresh ingredients you would use to make this dessert and simply use them to make a rich and creamy gelato instead – with the addition of fresh Leicestershire milk of course! 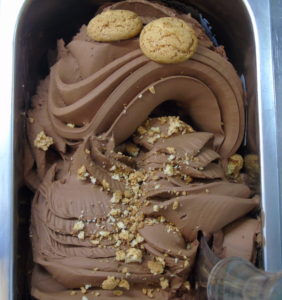 The bönet has an incredibly venerable history. It is first recorded being served up at noble Italian banquets in the thirteenth century. Originally the recipe did not contain chocolate – this was only added after the discovery of the Americas when cacao came to Turin. There are conflicting theories about the origin of the name. Bönet means hat and some think this reflects the traditional round mould that the dessert was set in. Others think that as it was served at the very end of your meal it was the last thing you ate before you picked up your hat and left!!

Around the region of Piedmont, you will find a whole range of bönet in all shapes and sizes. Everyone has their own favoured recipe and it is difficult to find the definitive interpretation!

We use cookies to ensure that we give you the best experience on our website. If you continue to use this site we will assume that you are happy with it. We check every 3 months.OKNo 3rd Parties