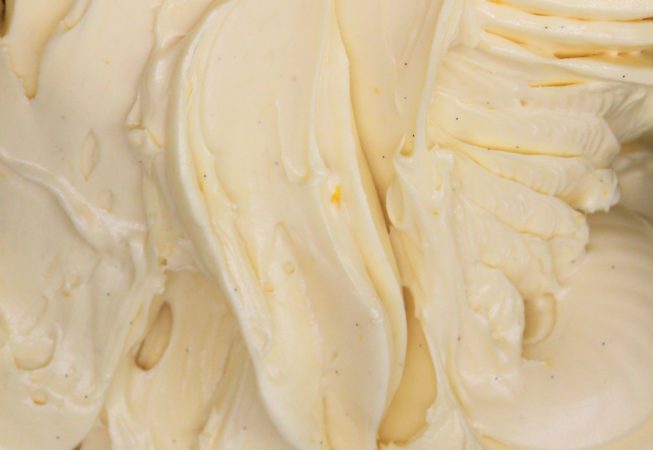 Crema is a traditional Italian flavour. It is an egg based gelato, which is relatively uncommon. It is made with our own recipe of crème patissiere, flavoured with Bourbon vanilla and orange zest. This shows how vanilla is used in authentic gelato making – you’ll notice we do not have a straight ‘vanilla’ flavour but instead Fior di Latte, which showcases the simple flavour of the Leicestershire milk we use. Crema Federico is named for a friend who accompanied the founders on a camping trip to the Egyptian desert, where under the stars, the idea for Gelato Village was first born.

Bourbon vanilla comes from the Madagascan island of Réunion, which used to be called Ile Bourbon. The name is about the vanilla bean’s geography, Crema Federico does not contain alcohol!