Gelato Village made their bi-annual pilgrimage to one of the biggest celebrations of cheese and dairy in the world this September. Simply entitled Cheese, the festival is run by Slow Food International in Bra, Italy. Bra was the town where the Slow Food movement was born, founded by Carlo Petrini. The goals of the movement are to prevent the disappearance of local food culture and ingredients, fight the rise of fast food and help everyone have access to food that is Good, Clean and Fair. 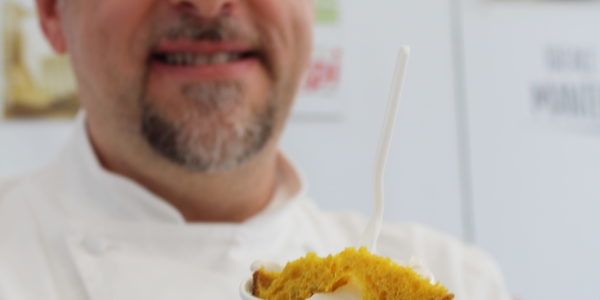 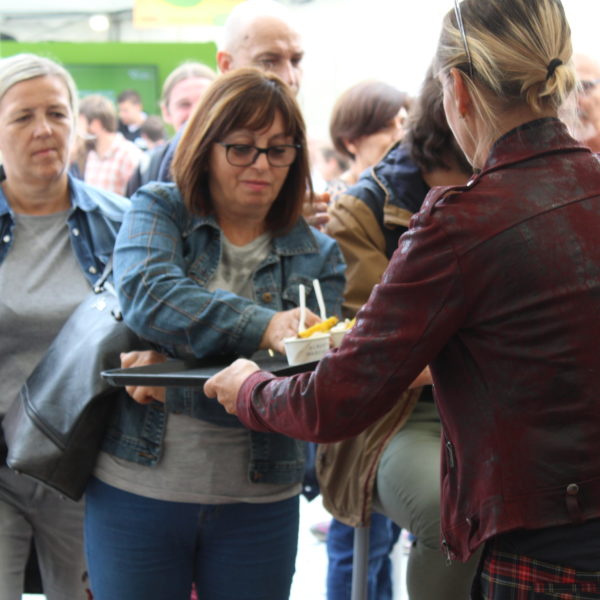 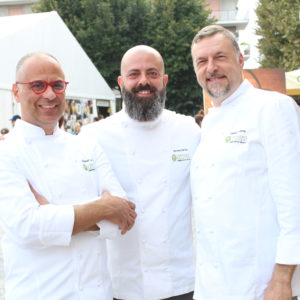 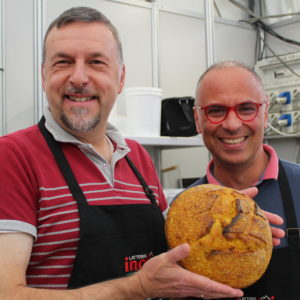 The theme of Cheese in 2019 was ‘natural is possible’ so there was a focus on natural production methods and raw milk cheese. All of these ideas are linked to ethical and sustainable produce, animal welfare and environmental responsibility.

Gelato Village were invited to present at the Inalpi Freehouse. Inalpi is a Piemontese butter manufacturer who use 100% local milk of the region. We developed two very special gelato to present to the crowds at the festival. The first was an anchovy and butter gelato, which we served on a turmeric and fennel sourdough made by Bisbrooke Artisans in Rutland. This gave the impression of eating the simple Italian snack, anchovy fillet on buttered bread. A unique mix of salty, sweet, rich and creamy, the audience really enjoyed the journey in flavour that we took them on. 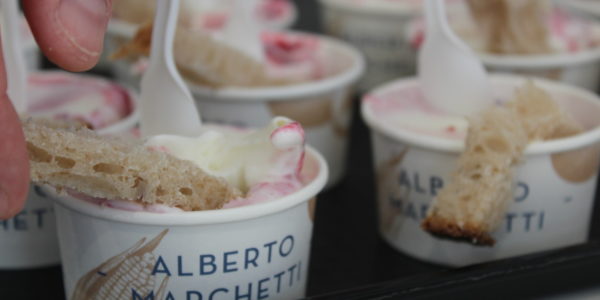 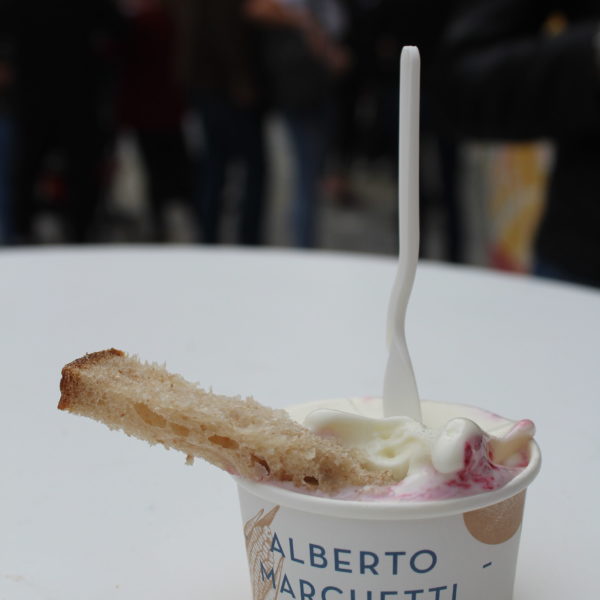 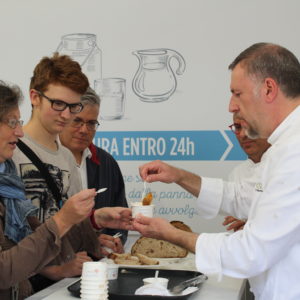 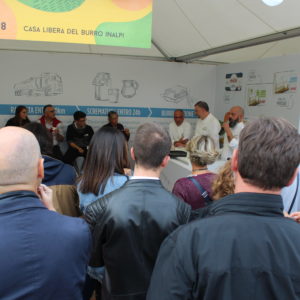 Second, we introduced our Shropshire Prune Damson and butter gelato which had first been showcased at the Ludlow Food Festival, earlier in September. The Shropshire Prune Damson is an ingredient that is recognised by a Slow Food Arc of Taste – a status that is designed to help protect and promote this increasingly scarce local Midlands ingredient. The sharp sweetness of the fruit set against the extra creamy buttery notes made an excellent pairing and were served with a slice of Bisbrooke Artisan’s key product, the Village sourdough loaf. This sourdough bread added an extra note of sourness and a real chew in the crust which helped the serving to balance beautifully.

It was a great experience, developing these new recipes and sharing a taste of some of our local ingredients with our Italian friends and colleagues. Creating a butter themed gelato really tested our creative skills to the limits, but we’re really happy with what we produced!